This is the Happy Wars Management Team.
Thank you for playing Happy Wars.
The original article posted on Thursday, February 27th for this week’s Colosseum featured misinformation.
We apologize for any confusion. See the correct article below.

This week we have a Super Fast Battle Mode!
In a normal 4-vs-4 Colosseum, teams battle to see who can reach 25★s first.
But the Blitz Colosseum is different.
Teams will battle 4-vs-4, but the number of ★s needed for victory is reduced from 25 to 5!
Even a single kill can decide a battle!
Aggressive teams are rewarded, so make sure not to blink!

Players will compete in battles that range from 1-on-1 duels to 4-on-4 bouts.
This time around all players will participate in 4 on 4 battles.
The rules resemble Bounty Hunters, with a few changes.

1. Each player will start with 1 ★ above their heads.
2. By defeating an enemy or by supporting allies, players can increase the number of ★’s they have, up to 3.
3. A player’s ★ count returns to 1 when they respawn, and all ★’s they held are captured by the enemy team.
4. The winner is decided once one team captures 5 ★’s from the other. 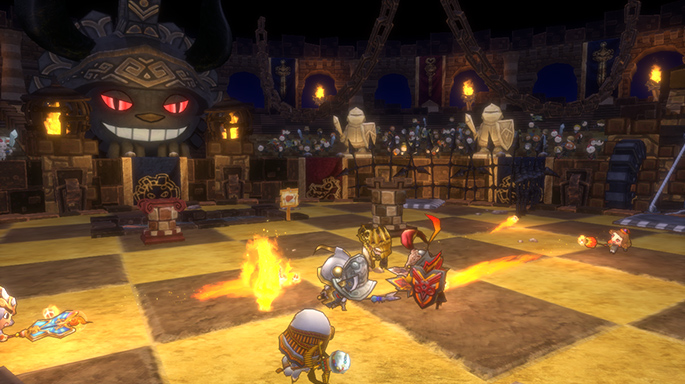