New event “Boss Mission” is on!

New event “Boss Mission” is on!


【About “Boss Mission”】
“Boss Mission” is a cooperative event that you can join as many times as you like during this season for two weeks.
While the event is on, you can play this game mode from Co-op Mode, and the special bosses such as “Demon Larva” appear in the battlefield.
If you contribute to the team, the chances to obtain newly added items that you can only receive here increase.
The peace of the world of Happy Wars depends on you! During this season, cooperate with your allies and kill as many bosses as possible.

【Boss-Killing Reward】
After you defeat the boss, check your result screen no matter if you win or lose. You will get a reward according to your contribution.
Boss-Killing Rewards are not only “Happy Stars”, but you might also receive the new items “Copper Metal,” “Silver Metal,” “Gold Metal,” or “High Grade Sticker” if you are lucky.
These four items are the limited items that you can obtain only through this event.

【Game Rules】
The rules are basically the same as the Co-op Mode.
The only difference is that the boss character, “Grim Reaper”, does not appear in this mode, and one of the three special bosses “Demon Larva,” “Cannibal Clown,” and “Little Charlie.”
The more damage you inflict on the boss; the better reward you may receive when you kill it.
Besides, killing a boss in higher difficulty may give you a better reward, so let’s get ready for “Hell’s Challenge” if you are a brave and strong knight. 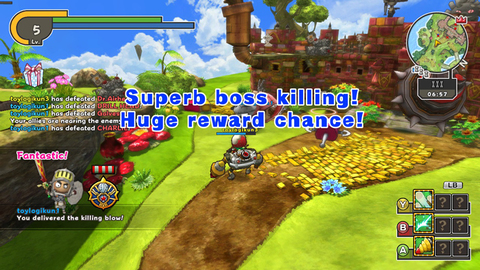 【Helpful Information】
The new buff “Monster Slayer” has been released!
This powerful buff increases the damage to boss characters, and you may get it from buff gems in Happy Cards during the season.
Not only towards “Demon Larva”, “Cannibal Clown”, and “Little Charlie,” it’s very effective to special enemies like the “Gate Keeper” too.
At the end of season, “Monster Slayer” buff transforms into another powerful buff.
Even after the “Boss Mission” in which the special bosses appear ends, this buff will stay useful.
In this occasion, the buff converts into “Warrior Slayer”, “Mobility Speed Up Lv3”, or “Max HP Up Lv3”. 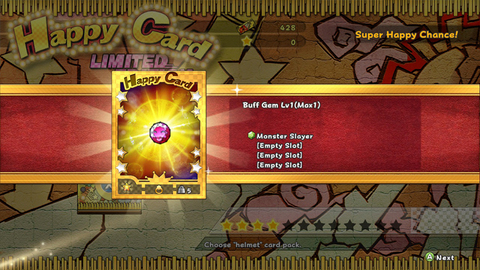