The Next Major Update is Here!

As always, thank you for playing Happy Wars. This is the Management Team.
After much waiting, we are excited to finally announce the latest Major Update has released!

The update this time will provide several improvements to matchmaking on Xbox One, and more!
Read on to see what the update has in store:

16 New Achievements to Strive for, a total of 500 points!

We’ve added 16 new achievements! Complete them all for a total of 500 points!
Examples of the new achievements include achievements earned for having over 500 people join in your Team Skills, and defeating over 1000 enemies.
Collect them all and prove that you’re the Happy-est gamer around! 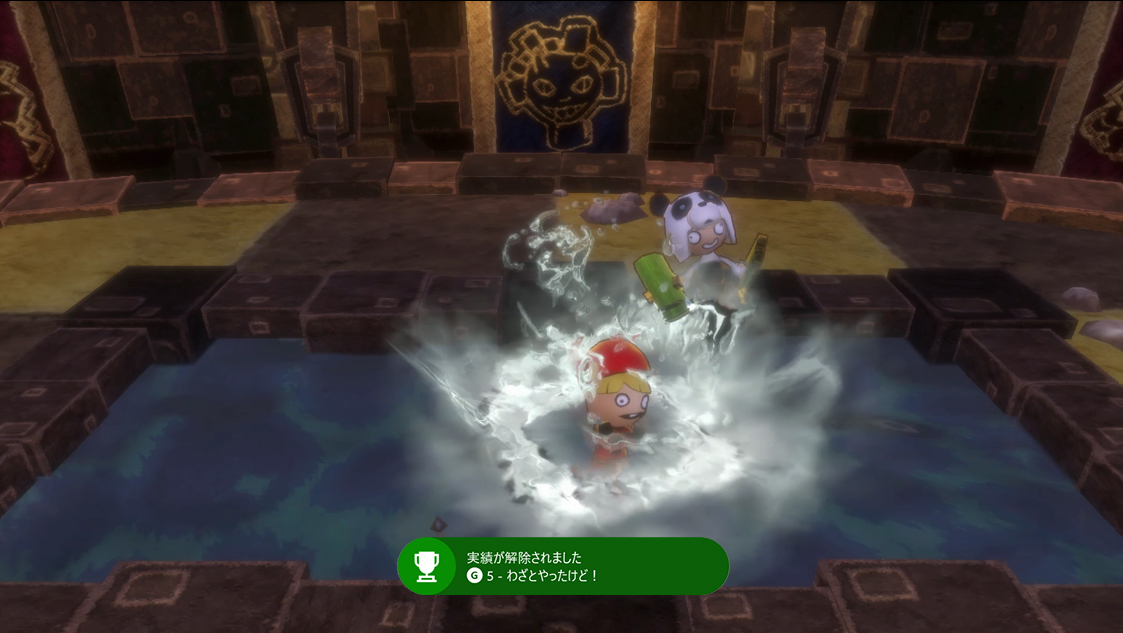 Toggle Bots on and off, and preview the Colosseum in Player Match!

In response to popular demand, we’re adding the ability to toggle Bots on and off to Player Match!
Battle your friends without distractions!
Additionally, hop into a thrilling new game mode featuring small teams of 1 to 4 fighters duking it out head-to-head!
The Colosseum is mainly a weekend only Special Game Mode like Bounty Hunters or Domination, but you and your friends can meet in the arena any time through Player Match!

Matchmaking is Smoother than Ever!

30 Player Battles on Xbox One!

Previously exclusive to Xbox 360, 15-on-15 battles have made it to Xbox One!
Enjoy massive battles and distinguish yourself on the battlefield! 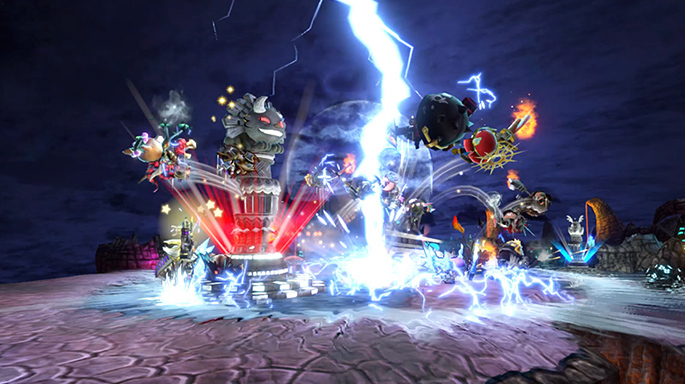 Adjust your experience to your preference with new options. Improve frame-rate with new ways to reduce the load on your computer.
Happy Wars on Windows 10 is now easier to run than ever!

Newer players now have a new way to jump back into the game when facing tough opponents.
If your death count gets too high, you may discover your character has awakened to a new power! If you see a white aura around your fighter, you’ll receive less damage and deal more damage for a limited time!
You might be down, but you’re never out!

It’s an all-new Happy Wars! Get out there and give these new features a try!

Cross-play between Xbox One and Windows 10 temporarily suspended

Due to network issues occurring on Windows 10, we are temporarily disabling cross-play between Xbox One and Windows 10.
We are currently working on improving matchmaking on Windows 10 and bringing 15-on-15 battles to the platform.

Players can no longer invite other players while in a lobby

Players on Xbox One and Windows 10 can no longer invite friends directly into a lobby in competitive game modes such as Quick Match.
However, a remote party can still be created, and players can join their friends through that.
Cooperative modes still allow for player invites.

We apologize for any inconvenience caused.
See you on the battlefield again soon, in Happy Wars!