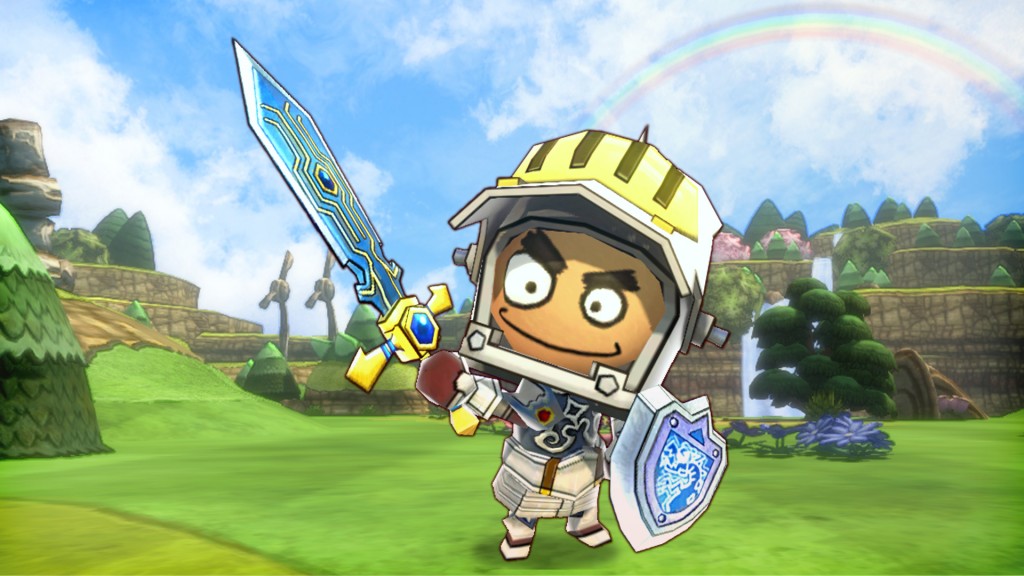 Play Happy Spinner and try to obtain items such as a helmet, an accessory, and especially a weapon.
You’ll accumulate Happy Stars gradually through battle, so use them.
Complete Story Mode first because it gives you great gear for Warriors.

Stone Throw:A ranged attack skill for Warriors that knocks enemies out.Super Guard:A shield with Super Guard protects against magic. Protect allies behind you.Cheer:It powers-up the participants’ HP and attack power and can be launched with up to 8 teammates.

Guard with a shield often for better defense.
You can focus on guard attacks instead of regular attacks because they are still very effective early on.
Don’t forget that you can block magic attacks.

You can’t block what’s behind you. Move and surround enemies if you out-number them.
You can create a chance for allies to attack enemies from both sides by using guard attacks while moving backward.

It is often more effective to knock enemies back when near ledges or rivers.
That’s why the “Smash Power Up” buff can be helpful. Get familiar with the Smash skill, shield Uppercut, and the “Rush”, and “Rocketman” skills and know when to use them.

Protect the Frontline and Break Through the Enemy’s Line

Protect yourself from the enemy’s attacks with guard attacks first, then get used to the timing for attacking and defending when using “Smash”, “Rush”, or “Spinning Blade”.

Warriors have high offensive power, so its normal attacks inflict more damage than those of other classes.
A Warrior’s main role is to protect allies who are trying to take towers by attacking enemies nearby.
Guard when defending. Attack Mages while guarding against their magic shots.

Warriors are great at defending allies. Don’t chase after enemies too much. Instead, focus on protecting allies and towers.

When You Do Pursue, Use “Rush”

You can easily catch up to running enemies when you use “Rush” because of its fast mobility.