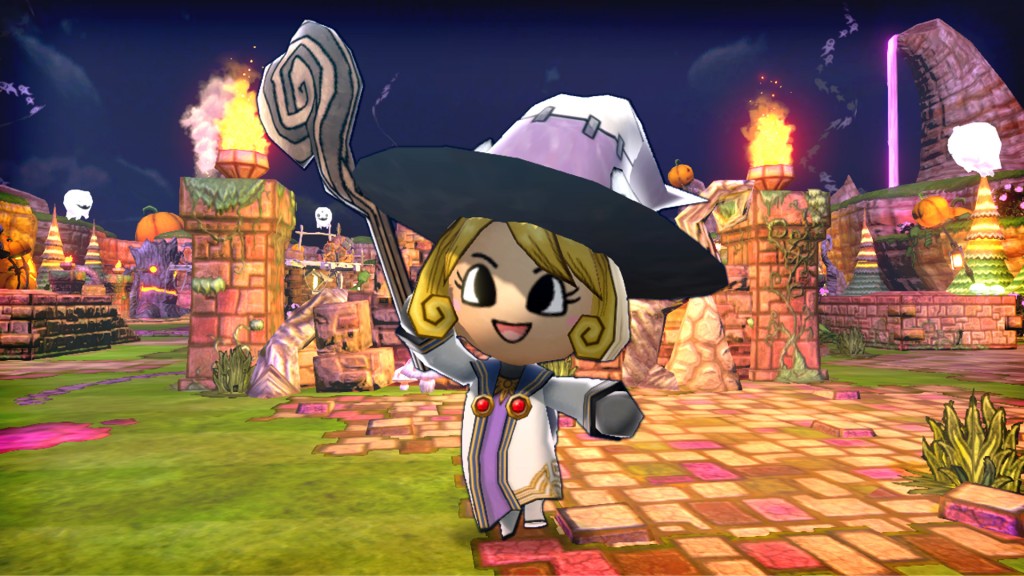 Mages specialize in ranged attacks. Maintain your distance when enemies try to get close to you.
It’s not recommended to fight against Warriors or Clerics alone, but you can always run away!

The default “Fire Ball” magic shot does not have much power and is inaccurate.
Enchant skills are a huge boon when battling both at long range and close up.

Low-level Mages suffer from a lack of AP.
It may be a good idea to hurry to level 4 or 5 by constructing objects or joining team skills.
You can recover HP and AP more quickly by standing still.

Enchant Effects are as follows:
Fire Enchant
Increases the homing effect and damage of the standard magic shot dramatically.
The homing effect still isn’t enough to chase sharp turns.
This enchantment is strong, so use it to protect the front line.

Lightning Enchant
As long as you have a straight shot, this magic shot will definitely do some damage. It can be used to slow enemies down to prevent flanking.
You have to keep hitting enemies with this for a little while if you want them to be slowed down. Use the Lightning Enchant to push them back or to finish them off.
When you use Lightning Enchant against a large group of enemies, it restricts their ability to move as a team.
Also, it looks cool and can be used to break objects.

Ice Enchant
This attack travels in an arc. You can adjust the distance of the shot by holding down the magic shot button. It can turn enemies into snowmen, which lowers their defense in addition to freezing them in place.
It’s great when used on the front lines, but be aware that you cannot shoot repeatedly.
If you press the button and release it quickly, you can shoot ice right in front of you. It’s your last defense when an enemy is closing in on you.

Wind Enchant
A mini tornado that spreads out into three directions. It can make enemies stumble.
It hits a wide area in front of you, and does good damage if all three mini tornadoes hit.
You can aim even after pressing the shot button once.
Its main weakness is that it may give enemies a chance to get away, as it knocks enemies back. Not only that, it can also be blocked with a shield or disrupted by a Cleric with “Dispel”.
Try to use it on a narrow road or on flat land.

After slowing enemies down with a Lightning Enchant magic shot, let your allies take care of the clean up.
Ice Enchant is most effective in a brawl. Use Wind Enchant on narrow bridges or ledges.
Use your weapon enchantments wisely and don’t be afraid to change them in order to adapt to the situation.

Destroying Ballistae is a Major Priority

Try to destroy the ballistae on the enemy castle walls so your Warrior and Cleric allies can go all-out on the castle gate. Mages are the best at destroying wall-mounted ballistae.

A Mage’s specialty. All of the Mage’s team skills are useful.
Get used to fighting at a distance and use these skills as often as you can. Be cautious, and don’t allow enemies to get too close.
Try to find a place where it is easy for allies to notice you, but hard for enemies to get near.
When you launch a team skill where enemies can interrupt it, your formation can potentially collapse. Always keep other players’ movement in mind.
Pay especially close attention to where you launch the team skills “Tornado” and “Meteor Storm” since those skills need at least 3~4 teammates to launch.